How do benefits paid to former employees affect my account?

Unemployment benefit payments made to eligible applicants are charged to each base period employer using the same ratio as the base period wages that were paid by each employer.

EXAMPLE: If an eligible applicant worked for two employers that each paid $2,000 in the base period, each employer would be charged 50 percent of the benefits paid.

By law, a base period employer's account is always charged for any benefits paid to a former employee unless a statutory exception is found to apply. There are several exceptions spelled out in the law, but the two most common ones are:

There are other statutory exceptions to charges that apply less frequently. These include:

Charges to your account are adjusted when an applicant is found to have been overpaid for benefits previously paid or found to be eligible for benefits after previously found ineligible. These adjustments can be viewed by logging into your online employer account.

NOTE: It is unlawful for any employer to ask employees to waive, release, or commute their rights to unemployment benefits. 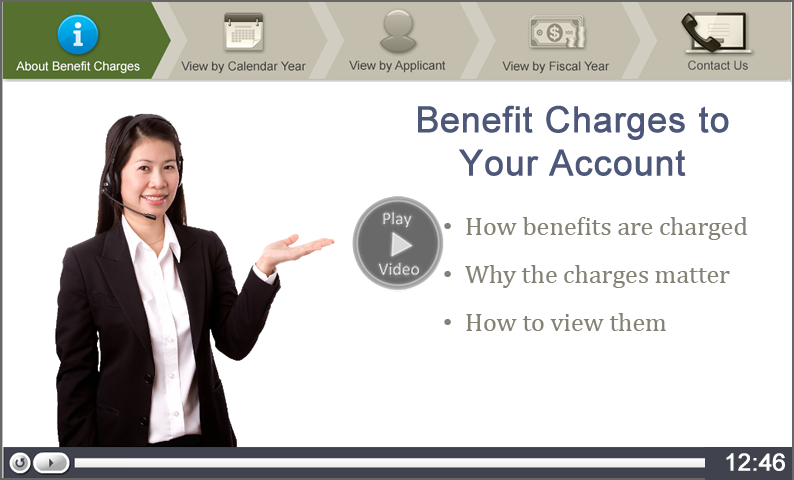 Video tutorials are provided to assist you in using Minnesota’s Employer Self-Service System. Every effort has been made to ensure that the information provided is accurate and conforms with both Minnesota and Federal Unemployment Insurance Law. Statements are intended for general information only and do not have the effect of the law.  If you have a question about your employer account, call Customer Service.

This handbook is based on current UI legislation; statements are intended for general information and do not have the effect of law. The Minnesota Unemployment Insurance Law - MN Statutes 268.001 to 268.23 and Administrative Rules 3310 and 3315 - can be accessed through our website at www.uimn.org by clicking Employers & Agents, Help and Support, then the UI Law link.

Back to the Table of Contents